← more from
Arts & Crafts
Get fresh music recommendations delivered to your inbox every Friday. 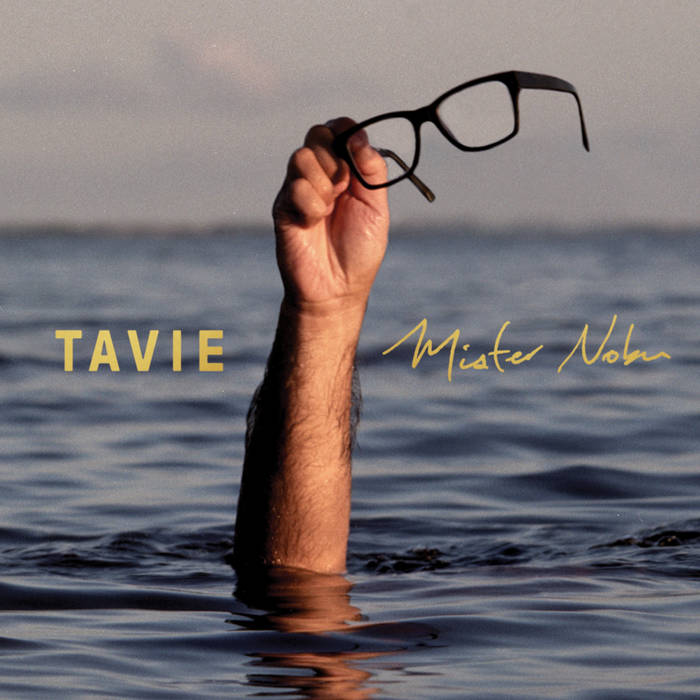 The twelve songs on TAVIE indelibly mark the emotional highs and lows of a perfect relationship running out of time. The range is unapologetically diverse but slides comfortably under Indie Pop, celebrating melody, harmony, and unironic emotionality. There are ballads and there are dancers.

The album is “mostly about connection,” says Adilman. “From my TV work to music stuff, I generally like to explore human interaction by throwing everyone into weird and collaborative creative environments. Music has a beautiful way of pulling people’s guards down, and cutting
through lots of emotional red tape quickly. Music helps me process my emotions, my life,
and, if I can get it down in a song, then I feel more resolved.”

Some have said they hear traces of Lennon, others McCartney, perhaps some Dennis Wilson, maybe some Judee Sill and Sibylle Baier, but here's hoping for .01% of Frank Ocean.

Nobu Adilman is one of the two founding members of Choir! Choir! Choir!, the international phenomenon that has collaborated with David Byrne, Patti Smith (twice!), Stewart Copeland, Rufus Wainwright, Brandi Carlile, and more. They’ve wracked up millions of views on YouTube, sung for Lionel Richie on American Idol, been the subject of a half-hour PBS All Arts special for their 2019 performance at the 9/11 Memorial & Museum, and performed at Carnegie Hall and Radio City Music Hall. Even Rick Astley dropped by their Toronto weekly to RickRoll a sold-out crowd! And, most recently, held a gig at the border between Mexico and the US, with Nobu leading a group of singers from a stage in Tijuana, and his partner, on the other side of the wall, in San Diego.

Never one to sit idle, Nobu’s documentary film SHORT ROUND UP premiered at the Edinburgh International Film Festival earlier this summer. The film follows Nobu’s search for the Asian men who, like him, auditioned to be “Short Round” in Indiana Jones And The Temple of Doom, their first shot at becoming Hollywood Stars. Nobu has also appeared as a series regular in the cult-hit TV show and films Trailer Park Boys, co-created and starred in forty episodes of the gonzo cooking/gadget creation show Food Jammers seen on the Food Network and Cooking Channel, and travelled in the US in a short-bus powered by vegetable oil meeting innovators of green science for Invention Nation on Discovery Science USA.

Nobu started out as a writer on Canadian episodic television (Emily of New Moon, Cold Squad), and then co-hosted, with his brother, a couple of national Canadian TV shows (Smart Ask!, ZeD), and acted as a pop culture reporter (>Play). In the late 90s he co-founded and played in the Halifax rock band Rick Of The Skins (ROTS), and in the early 2000s he released his first solo album as Mister Nobu titled C’mon Wid Your C’mon.

Mister Nobu is the solo project of Nobu Adilman, co-founder/director of Toronto's Choir! Choir! Choir! The twelve songs on his upcoming full-length TAVIE indelibly mark the emotional highs and lows of a perfect relationship running out of time. The range is unapologetically diverse but slides comfortably under Indie Pop, celebrating melody, harmony, and unironic emotionality. ... more

Bandcamp Daily  your guide to the world of Bandcamp